Learn more about the

“Sioux”/Lakota/Oceti Sakowin/Seven Council Fires/Buffalo Nation/LDN
In reference to the word “Sioux “ in these documents, and throughout this web site, we are The Lakota Dakota Nakota Traditional and Spiritual Government, a Sovereign Nation International which form a free spirited, diverse and free ranging sovereign government . Its governmental expression and citizenry may also be understood to be and is often referenced by it’s shortened form, i.e. The LDN Nation, sometimes also referred to as The Lakota or The Lakota Nation (although in fact we encompass many more bands and tribes than the “Lakota Nation” implies). In addition to the Lakota, Dakota, and Nakota tribes (whose many citizens now reside throughout the “United” States, Canada and abroad), in our way of kinship relationship, we include what remains today specifically all of the descendants, peoples and tribes of those nations who signed with us the Treaties of 1851 – 1868.

This is a unique, traditional and spiritual government that walks the Red Road with our sacred cannupa before us (Peace Pipe), which re-established itself in the 1980s and in a solemn assembly along with an authentic traditional spiritual ceremony at Bear Butte July 1991 Chief Richard Deo Grass – Charging Bear – was officially installed and appointed as the heir and modern day successor to the John Grass dynasty of Chiefs (John Grass – Charging Bear – family of Chiefs were present at and signed both of the Treaties referred to throughout this web site, John Grass was a major strategist at the Battle of the Little Big Horn and went to Washington on numerous occasions in noble attempts to negotiate with U.S. officials on behalf of the LDN Nations’ peoples).
This www.LakotaDakotaNakotaNation.org web site has been established in order to give a peaceful place and respectful forum with which to educate and unite our people as intended by our ancestors who prayerfully signed the treaties, now SEVEN GENERATIONS later; to document these facts and make them public throughout the world and to re-establish our natural kinship relationship upon our lands to bless all our relations. Mitakuye Oyasin. Through this means we hope to bring attention to and publish the truth of our history, in part by putting into print manuscripts about the life and times of Chief John Grass passed down to our family for publication in these times.

This government was and has always been integrally involved in still in holding to the Treaties of 1851 – 1868 and is totally committed to seeing them honored fully by both parties. Although we welcome and embrace any who walk in a sacred manner in traditional spiritual ways of our ancestors (regardless of their race or affiliations in the dominant culture), this LDN Government operates and is separate and distinct from any other forms of “government” ,movements, self publicized “holy leaders”, corporations, 501c “non-Profit” establishments or U.S. Government sponsored organizations and social or tribal government or militant backed groups or corporate sponsored programs expressed upon “Sioux” lands and territories per the findings, statements and documents on this official web site and hereby presented.

Many of the entire original legal documents on this web site remain on file not only at the U.S. Government and United Nations offices to where they were sent at that time. The entire Richard Deo Grass collection has been gifted in 2014 by surviving sister to Chief Grass to the University of South Dakota to be archived and made available to future generations. Copes also reside at the offices of the Lakota Dakota Nakota Nation in the Center of the Nation. We ask that you use this information to educate all peoples of our position and situation and to help carry our cause to peaceful resolution on the world stage so that our traditional spiritual nation may thrive and live once again on our sacred lands in the natural way promised us. Also we ask that you please respect our Copyright statement.

1. To be recognized as a viable Nation (not a corporation or state) continuing to work internationally to implement successful ways to preserve our broad land base, unique and beautiful languages, traditional, cultural, and spiritual ways of life for our people now and to benefit all nations’ future generations.

2. To work with what talents and funds that come to keep this web site online and to finally publish the manuscripts for the book “John Grass, American Indian Patriot” written by Angela A. Green Boleyn, in the Moon of the Tipsin Buds, 1961, and later gifted by her family heirs at her request to the remaining Grass family dynasty. This book has awaited a good time and way to be published in it’s entirety, to tell the world of the true Spiritual Traditonal Lakota-Dakota-Nakota story and our ways of life, as well as to finally reveal many unknown facts about the Battle of the Little Bighorn, our true peaceful and cooperative relationships with many tribes, and document our nations’ origins and the dynastic line of Traditional Chiefs that have been preserved down to this day. If you would like to help support the publishing of this timely and important book, please click here.

3. To raise funds through the sale of the book and through our site to support this web site and the administrative costs of the L.D.N. Nation, so that workable ways may be found and implemented for our nation to thrive again, to strike a balance of living within our traditional values in these modern times so that we may become a strong, dynamic, self sufficient and self sustainable nation living in respect of Mitakuye Oyasin (all our relations – we are all related) and thus to provide for the many urgent needs of ALL our people both on and off the reservations.

4. To publish this informational website worldwide as a vehicle to communicate to all interested parties the facts about the Treaties made between this nation and others, and present additional relevant documentation, so as to educate and work through all available legal and international means to see that the provisions and implications of these treaties are finally and fully understood and honored by all parties. 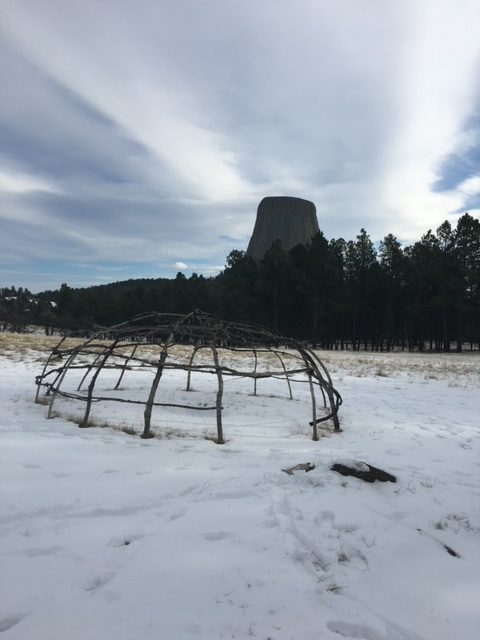 Watch the video posted below to learn more about our sacred lands.

We are NOT a 501c operating under the dominating culture, but exist under careful, thoughtful currently accepted accounting practices well within compliance of the laws of such under the dominating culture of the U.S. We are a traditional spiritual sovereign nation with no visible nor tangible material means of outside funding or support other than the work of our own heart and hands and any Donations you may choose to make here are NOT TAX DEDUCTIBLE by U.S. imposed laws, but deeply needed and appreciated if you are willing to help support our traditional spiritual nation. If you have crafts or material items available for sale that you would like to contribute to help raise funds for the prayerful and dream inspired continuation and update of this site and this Lakota Dakota Nakota Sovereign Nation, please send email to Webmaster.. Pilamayeahya – THANK YOU

DEFINITION:
Moreover, as Chief of the Lakota Nation, Chief Richard Grass as the head of the embodiment of the Great Lakota, Dakota, Nakota Nation, which is a foreign sovereign international government in the respect that it embodies three united nations that co-exist with the United States and Canada. Noting that the “state” is a community or assemblage of people, and the “government” is the political agency through which it acts in international relations, and a foreign “state” is perpetual and survives its form of government and the granting or refusal of recognition of the new government of a foreign state has nothing to do with the foreign state itself as an international person (21 Federal Reporter, 2d Series: 396-397 – in letter filed with Social Security Administration for Richard Grass, Under 26 USC Section 509(a)2) he should be afforded non-private foundation status by the Federal Government…..in letter to U.S. Dept. of State Leslie Garrison, Deputy

The Power of Attorney and surviving Sister of Chief Richard Charging Bear Grass who continues his work, and who carries forward the legacy and the dynasty of Grass Chiefs, request and desire that none of Richard Grass’ photos, nor any of the copywritten materials, correspondence, records or photos at this official website be used, dissimulated, nor duplicated at any other web site by any other name, nor for any other use or purpose.

Much of the content of this web site was first published publicly on the full moon 7-8-2009 under the names www.richardgrass.com and www.LakotaStoneNation.com which hereafter will no longer be used as official sites for the Grass Dynasty and LDN Nation (short for Lakota Dakota Nakota Nation) as these sites now courageously merge and will continue to be updated solely under the name www.LakotaDakotaNakotaNation.org web site published on the summer solstice June 20, 2012 on behalf of the traditional spiritual LDN Nation precisely as Chief Richard Deo Grass (Charging Bear) directed before his passing.

DISCLAIMER:
Much of the information on this site has come from the dream time and as a result of slow thinking and much prayer (right brain understanding) and the passionate work free of charge by many individuals, including several international lawyers. It has been carefully guarded and passed down through many generations of Grass descendants, held for release at an appropriate time and way with the intent to best serve, bless, encourage and nurture the unique gifts and perspectives of each sacred human being who chooses to walk in a sacred manner among a free traditional spiritual people. To flower and bear fruit towards personal respect and responsibility we publish this site with prayerful, spirit directed intent so that our nation may Support, Create, Grow and Live in ways that heal a heart, a nation, a world now and for future generations. In the traditional spiritual way this information is put forth in the English language (which is a different thought process than the languages of our traditional ways and culture) and as true to the best of our knowledge and ability to bring it forward in the English language at this time. No guarantee, warranty, nor argument is hereby issued nor will be put forth as to its political or social appropriateness, popularity, understanding or acceptance by those who have been deeply affected and influenced by the prejudices and programming of the dominating cultures’ philosophies, sciences, “life” styles, religious teachings, accepted historical viewpoints, creeds, records or perspectives, nor its’ left brain legalistic views as to its accuracy. These words are true to the best of our ability to express them in this format.