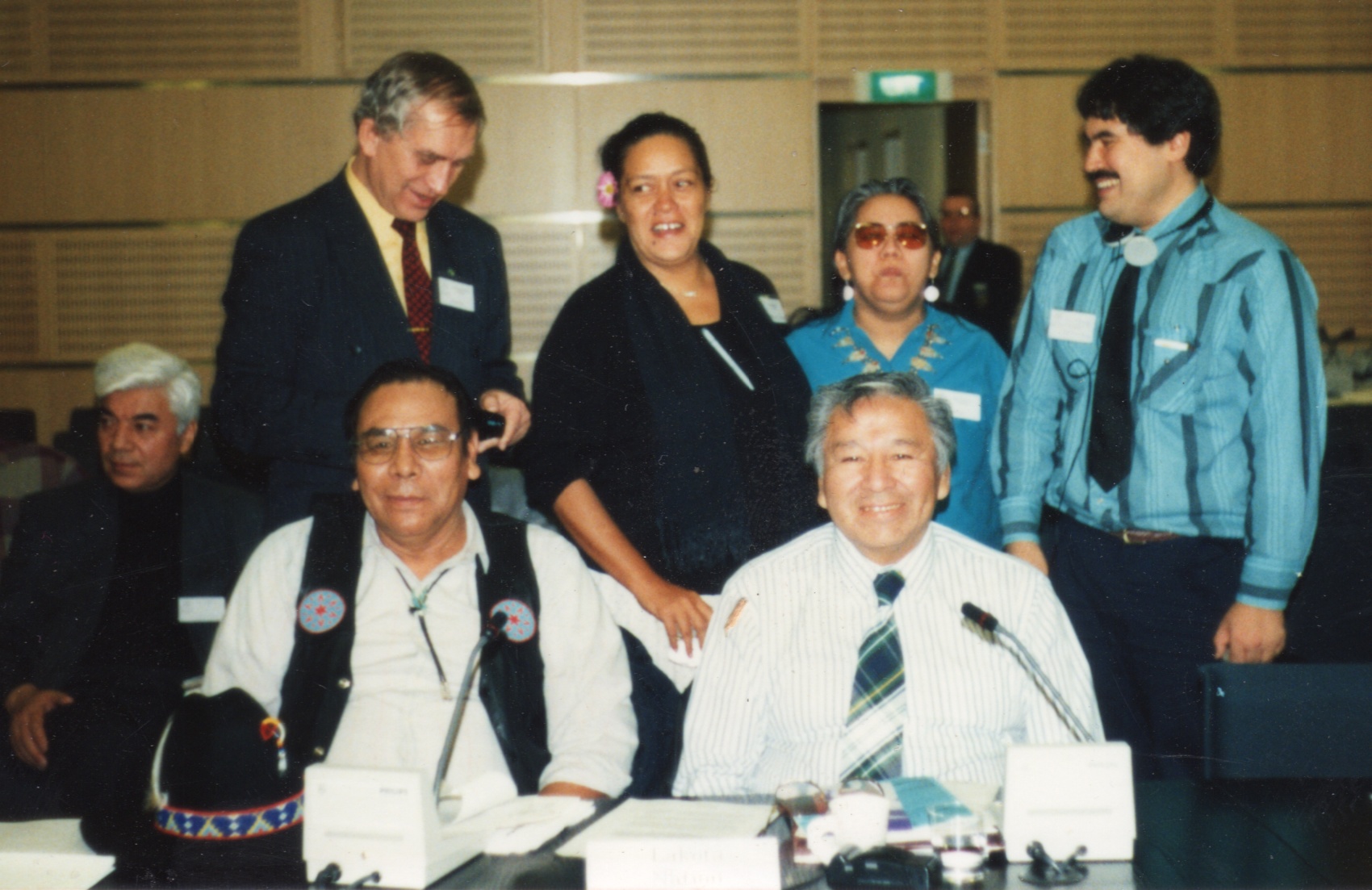 RESOLUTIONS-AND JUDGMENTS OF THE VERDICT OF THE LAKOTA/DAKOTA/NAKOTA NATION AND GOVERNMENT, INTERNATIONAL TRIBUNAL JUNE 23-29TH, 1995:

Decisive decision by the Lakota/Dakota/Nakota Nations Tribunal, to the parties cited: the

Governments, the administrations of the Holy See: Hie Vatican of Rome, Italy, Canada and the

RACISM-PREJUDICED BUREAUCRACY-DISCRIMINATION- is present in many areas such as Health. Education. Housing, Employment, and denied participation in political representation, criminal justice and the police— High infant mortality rate and low life expectancy among people of color are due to unequal access to health care. A lack of medical insurance because of lack of employment and lack of money and most of all the discriminatory practices in the medical profession and education. Economic inequalities generate segregation, creating a sub-class of citizens or what these colonizers describe or define their definitive work for dual-citizenship or Quasi-citizen ____ otherwise you will be a subject of the U.S. jurisdiction under Federal laws which include the Indian Reservations, illusioned as a sovereign nation and subject to jurisdiction of the imposed states next to the imposed reservations. All of these also apply to prejudice and bureaucratic systems. We can say a human group of psychologically racist parts of organs that are as a whole, pan of the human race that have been assuming and advocating for a superior race of people through the Genocide of other races through Bio-Diversity and mainly through genetic engineering. For too long we have been isolated and victimized by a foreign Bureaucratic Corporate system of the Government(s) of the USA, Canada and the Vatican. Worst of all. ( they) put our people on reservations with the threat of use of force. These reservations are concentration camps and economic dislocation which is automatic Genocide.

Canada, and resources-a gross injustice of the three conspirators. They put us on their welfare

which is. Genocide, while they stole our nations gold and wealth.

GENOCIDE is present at all times, especially when you hold guns to peoples heads, which of course could be psychologically and physically affected, by imposing laws on-people with a false jurisdiction with a threat of U.S. force at all times by imposed city municipal laws, imposed county laws, imposed states and their laws, and imposed Federal laws. All are illegal here with false jurisdiction, with a threat of use of force at all times. These laws are backed up with a Constitution and a standing military, starting with the local police or law enforcement, county-sheriff. Dept. of Game Fish and Wildlife Law enforcement. Federal park and forest rangers, Federal Bureau of Land Management, Federal Bureau of Investigation, Central Intelligence Agency. Federal Management Agency, State National Guard, U.S. military-Army. Navy, Air Force. Marines.