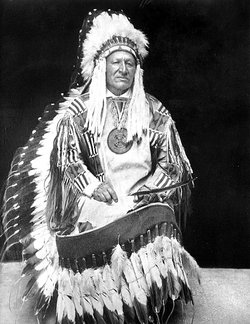 FORWARD
The information on this page is reprinted by permission from a well researched manuscript entitled “John Grass, American Indian Patriot”written by Angela A. Green Boleyn, and completed in the Moon of the Tipsin Buds, 1961, dedicated to all Grass family members, and later gifted by her family heirs at her request, to the remaining Grass family dynasty. At the Grass familys’ behest, the original manuscripts and supportive documents and photos are now safely housed in the archives and copyrighted by the South Dakota Historical Society. With all the necessary permissions in place, we soon hope to edit and publish these manuscripts in book and ebook formats for general readership worldwide. If you would like to help please click here.