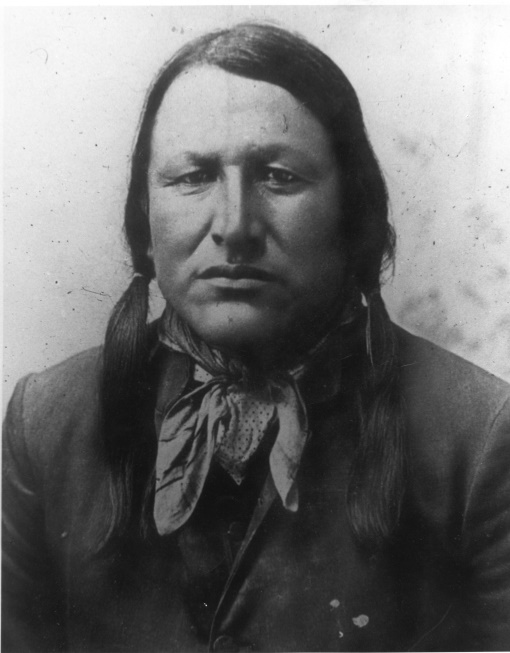 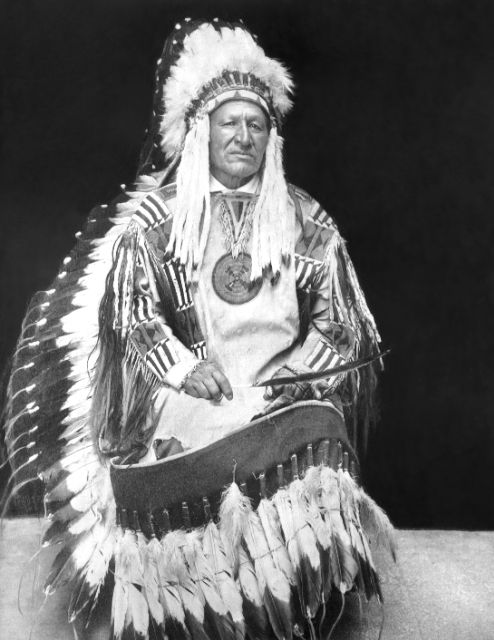 Lakota Chief. Born to the Blackfoot Teton band of the Lakota Sioux, son of Pezi, a hereditary Lakota chief. Grass would inherit his position from his father. His warrior name was Ma-tow-a-tak-pe or Charging Bear and he fought at the Battle of the Little Bighorn. Grass and Gall served as rivals to Sitting Bull after the latter surrendered in 1881.

In 1888 President Grover Cleveland met with Sitting Bull, Gall, and Grass to establish the Standing Rock Agency which was confirmed in 1889 despite Sitting Bull’s negative stance. Grass did not participate in the Ghost Dance, the fear of which led to the Death of his rival Sitting Bull.

For more than three decades, Grass served as Chief Justice in the Court of Indian Offenses of the Standing Rock Agency at Fort Yates.

During the summer of 1913, with 500 in attendance, Chief Grass adopting Alfred Burton Welch, U.S. Army Captain, as his son.

Grass died on the Agency at about age 80 and was buried at Fort Yates in the Catholic cemetery. 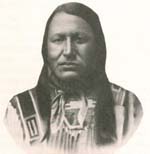 “7. Mato Watapke, Charging Bear, the first son of Used As Their Shield, is better known to white history as ‘John Grass’ –
John Grass of Sioux wars and treaty fame. To the Sioux he was known as the Sovereign who “with the Pipe held before him”, led his people along the compulsory new road white men had made with their sharp guns and cannon.

As a youth and young warrior he knew the wonder of this shining land even as he realized the blight that threatened it. At the age of fourteen he had been taken by his father and grandfather to the Laramie Treaty of 1851 and there witnessed at first hand “the pattern of the white bother’s behavior”. In 1864 he watched his people struck by General Sully as they peacefully hunted buffalo and he vowed he would find a way to “the stand between them and white soldiers”. This book is an effort to show his struggle. He was a sovereign from 1873 until his death in 1918 at the age of eighty-one.”

The above information is an excerpt from a yet to be published book, “John Grass, American Indian Patriot” written by Angela A. Green Boleyn, in the Moon of the Tipsin Buds, 1961, and later gifted by her family heirs at her request, to the remaining Chief Grass family dynasty. This book has awaited a good time and way to be published in it’s entirety, which is close at hand, as soon as adequate funding is secured for this project.