Written in 1992 by an unknown author on the 500th year after Columbus – with links showing how Mother Earth and all inhabitants continue to be poisoned by the “discovery” of the Americas. 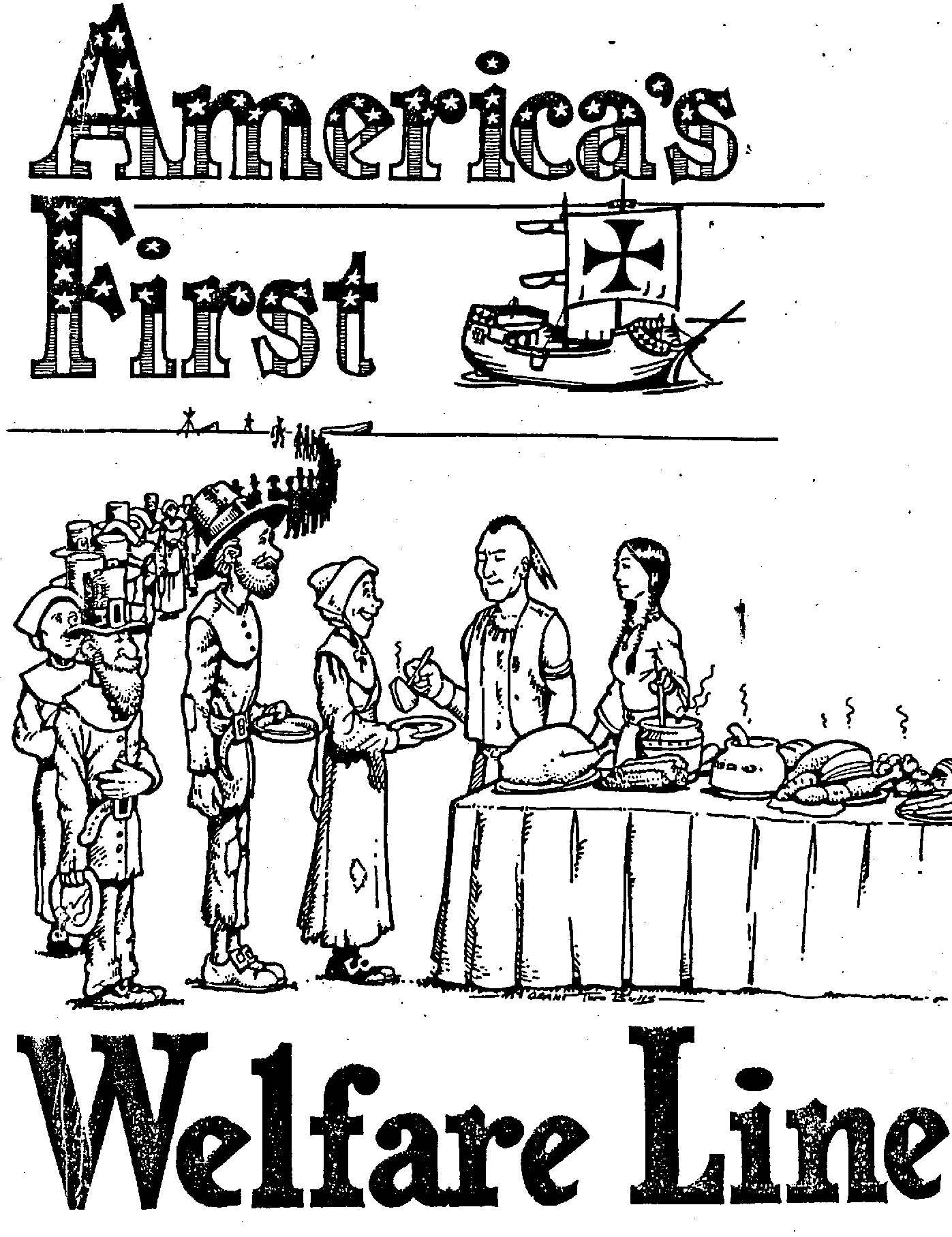 Will the Real Savage Please Stand Up

Jack Weatherford, an anthropology professor at the Macalester College in St. Paul who has written about the contributions Indians have made to civilization, discussed the legacy of the Columbus voyage in an opinion piece published in 1991. He pointed out that the Spanish monarchy loaned Columbus venture capital on the condition that the debt be repaid with riches from the “New World.”

“This pressing need to repay his debt underlies the frantic tone of Columbus’ diaries as he raced from one Caribbean island to the next, stealing anything of value,” according to Weatherford.

“After he failed to contact the emperor of china, the traders of India or the merchants of Japan, Columbus decided to pay for his voyage in the one important commodity he had found in ample supply – human lives. he seized 1,200 Taino Indians from the island of Hispaniola, crammed as many onto his ships as would fit and sent them to Spain, where they were paraded naked through the streets of Seville and sold as slaves in 1495.

Columbus tore children from their parents, husbands from wives. On board Columbus’ slave ships, hundreds died; the sailors tossed the Indian bodies into the Atlantic.

“Because Columbus captured more Indian slaves than he could transport to Spain in his small ships, he put them to work in the mines and plantations which he, his family and followers created throughout the Caribbean. his marauding band hunted Indians for sport and profit – beating, raping, torturing, killing and then using the Indian bodies as food for their hunting dogs.

“Within four years of Columbus’ arrival on Hispaniola, his men had killed or exported one third of the original Indian population of 300,000. Within another 50 years the Taino people had been made extinct – the first casualties of the holocaust of American Indians (Webmasters’ note: and in 2013, on the road to extinction of the entire human race along with many “species” of our relatives in the ongoing quest for more “resources” – see GENOCIDE page at this website. . .)

“The plantation owners then turned to the American mainland and to Africa for new slaves to follow the tragic path of the Taino.

“This was the great cultural encounter initiated by Christopher Columbus. This is the event we celebrate each year on Columbus Day.”

“Weatherford’s summary gives proper credit to Columbus: He “opened the Atlantic slave trade and launched one of the greatest waves of genocide known in history.”

“Within a society that glorifies historical malefactors like Columbus, it is left to teachers like Weatherford, and [others] to tell the truth in the hope that we can learn from the past and heal the wounds caused by injustice.

“In 1992 governments, corporation and religious institutions celebrated the voyage of Christopher Columbus to the Caribbean. The gala events surrounding the Columbus Quincentennial (1492-1992) served to reinforce and feed the epidemic historical amnesia that continues in the U.S. today.

“Any party honoring the Columbus expedition only obscures the true history of the genocidal era which began in 1492.

“…when numerous Indian nations in this hemisphere [continue] to [peacefully look for ways] to defend their land, resources and culture, the dominant society appears intent on losing itself in a frivolous attempt to mystify the history of the clash between Indian nations and the European plunderers.

“Confusing?…Just 50 to 100 years after Columbus sailed to the Americas nearly 90 percent of the native population had died of disease brought by the Europeans – and most had not even seen a white.

“Sugar was the commodity that greased the wheels of profit for the European invaders – they enslaved thousands to grow and process it, only to have most of the natives die. Not ones to give up, the Europeans imported Black African slaves to work the sugar plantations – an imported minority that to this day dominates the populations of the Caribbean and surrounding lands.

Corn, a crop developed by natives in the Americas, was taken to Africa where it was responsible for a population boom that in turn fed the insatiable slave markets in this country and beyond.”

Update 2013: The production and consumption of sugar and sugar substitutes (including corn syrup) – and GMO altered corn are considered by some experts to be two major factors in the rampant and ongoing declining health of people of all nations around the world (see 2nd video on page at
http://articles.mercola.com/sites/articles/archive/2010/04/20/sugar-dangers.aspx)

Webmasters’ conclusion: Weighing (pun intended) all the evidence available in 2013, in a very comprehensive way, the exploits of Columbus seem to continue to impact negatively not only the remaining Native Americans who have survived to this day in the Americas, but literally EVERYONE on Mother Earth who is touched by today’s profit motivated corporations that create, support, promote and trade with sugar and corn production industries…(see links above and/or do a Google search “destruction of natural resources in production of sugar” and “sugar dangers” or “GMO altered corn health effects” “sugar as poison”)