The Depiction of the Official L.D.N. Nations Seal © is from the estate of Chiefs John “Charging Bear” Grass’ Great Grandson Richard “Charging Bear” Grass (1939-2010) Traditional, Spiritual, Dynastic Chief of the L.D.N Nation, (who was installed as the Nations’ Chief at a solemn and official assembly of Elders and Spiritual leaders at Bear Butte 1991. Chief Richard Grass was also the one who officially refused millions of dollars offered by the U.S. Government in “exchange” for the sacred Black Hills).

The ORIGINAL seal has not been respectfully returned to support and serve this sovereign nation as has been peacefully requested on numerous occasions by Chief Grass’ daughter and by representatives of our nation.

Thus the colored Artists’ representation of the seal must suffice for now, until the seal is returned!

However, later she realized that this seal was not the personal “possession” of Chief Richard Grass but something he held in stewardship for the work and continuance of the LDN Nation. Therefore she approached the party who obtained the seal in this way, and respectfully requested it be returned to continue with the work of the nation in the way in which he had directed before his passing. Her request fell on deaf ears.

One of the major reasons the Black Hills has not YET been returned to our nation is because of lack of resolve, unity, and commitment to this traditional spiritual nation and the ways of the c’anunpa upon which it has been established, that has been diluted or even “lost” in the hearts of some by this nations far flung and wacicu “educated” citizens.

The Wacicu teach about “possession” (ownership of stuff), greed, exclusivity, and lack of respect for elders, and “government” in general. It is true that under the abuses of the government put in place over us in the dominant culture that we have endured until now that there have been paramount examples of dis-respectfulness for more than a century upon our sacred lands. The lack of truthfulness and commitment to the keeping of sacred words has unfortunately led some in our nation to follow that poor example and mistrust the traditional and spiritual ways of our governance that was re-awakened and established at Bear Butte in 1991.

However, we believe our nations’ peoples are so much greater than this, and as each heart is awakened to the ways of the ancestors, and with our c’anunpa before us we renounce these dysfunctional ways practiced and taught by the dominant culture, for they lead down a road of mistrust, misunderstanding, division, addictions, further perpetuation of abuses, which are impotent and ineffective ways of keeping our sacred trust with the powers, Tunkashila, and Mitkuye Oyasin.

The original seal, which looks something like this photo pictured below was scanned from Chief Richard Grass official Lakota Dakota Nakota Nations’ documents now housed in the nations’ offices, in the Center of the Nation, and overseen by his relative left to this work upon his passing in 2010. 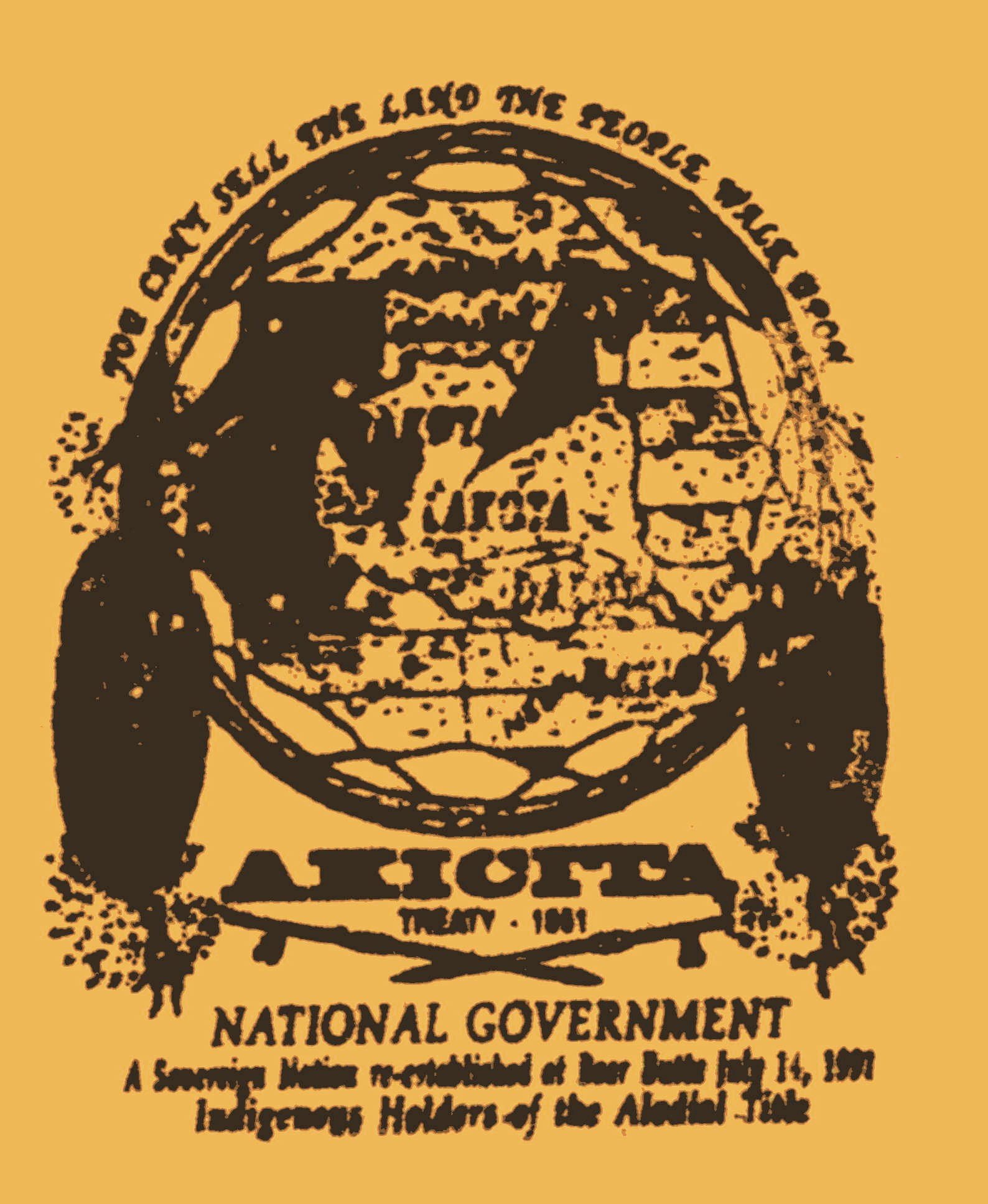 Any who knows of it’s present whereabouts are asked to plead its return to the nation headquarters – no questions asked. Pilamayeah. Please mail to: